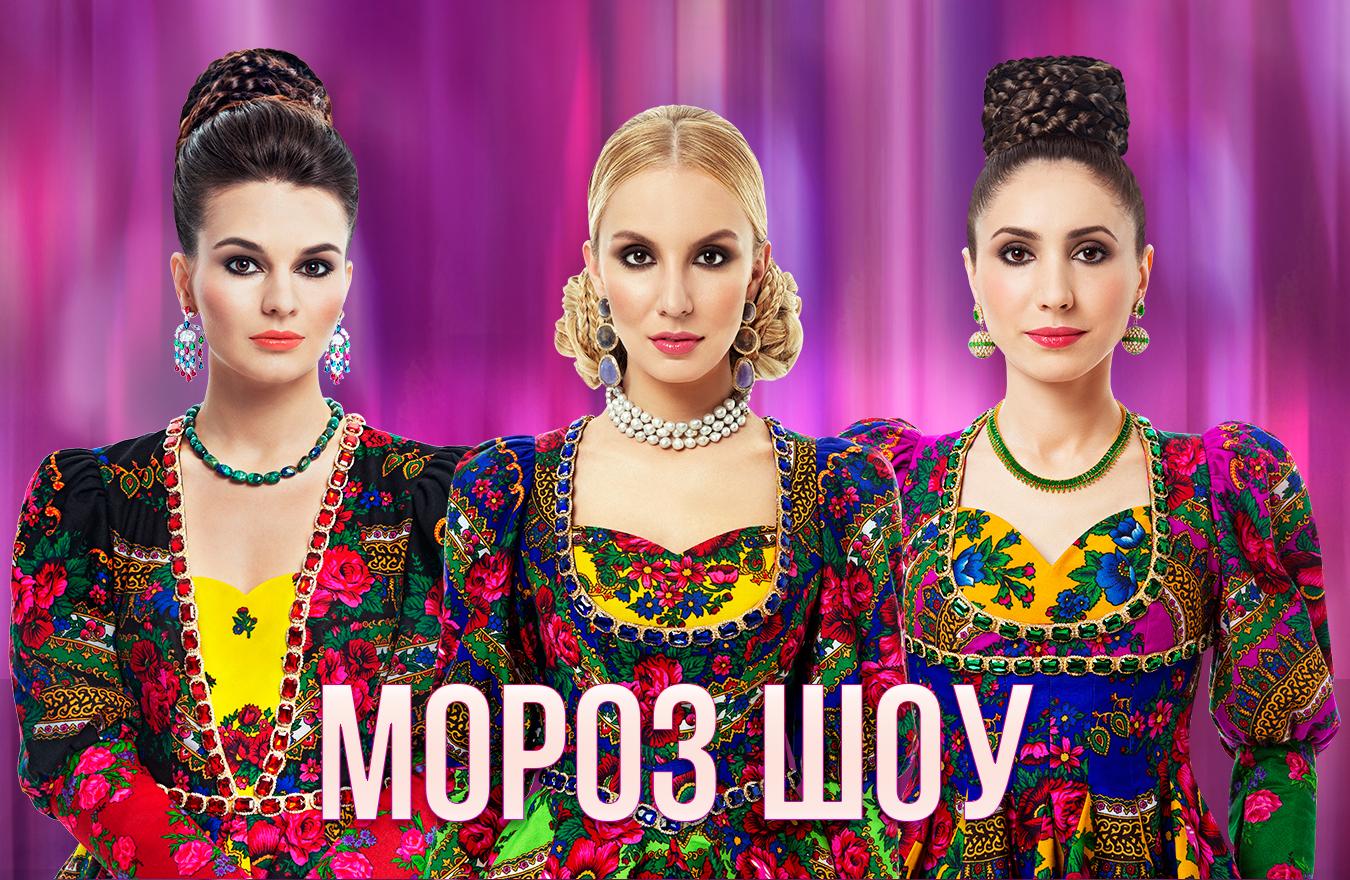 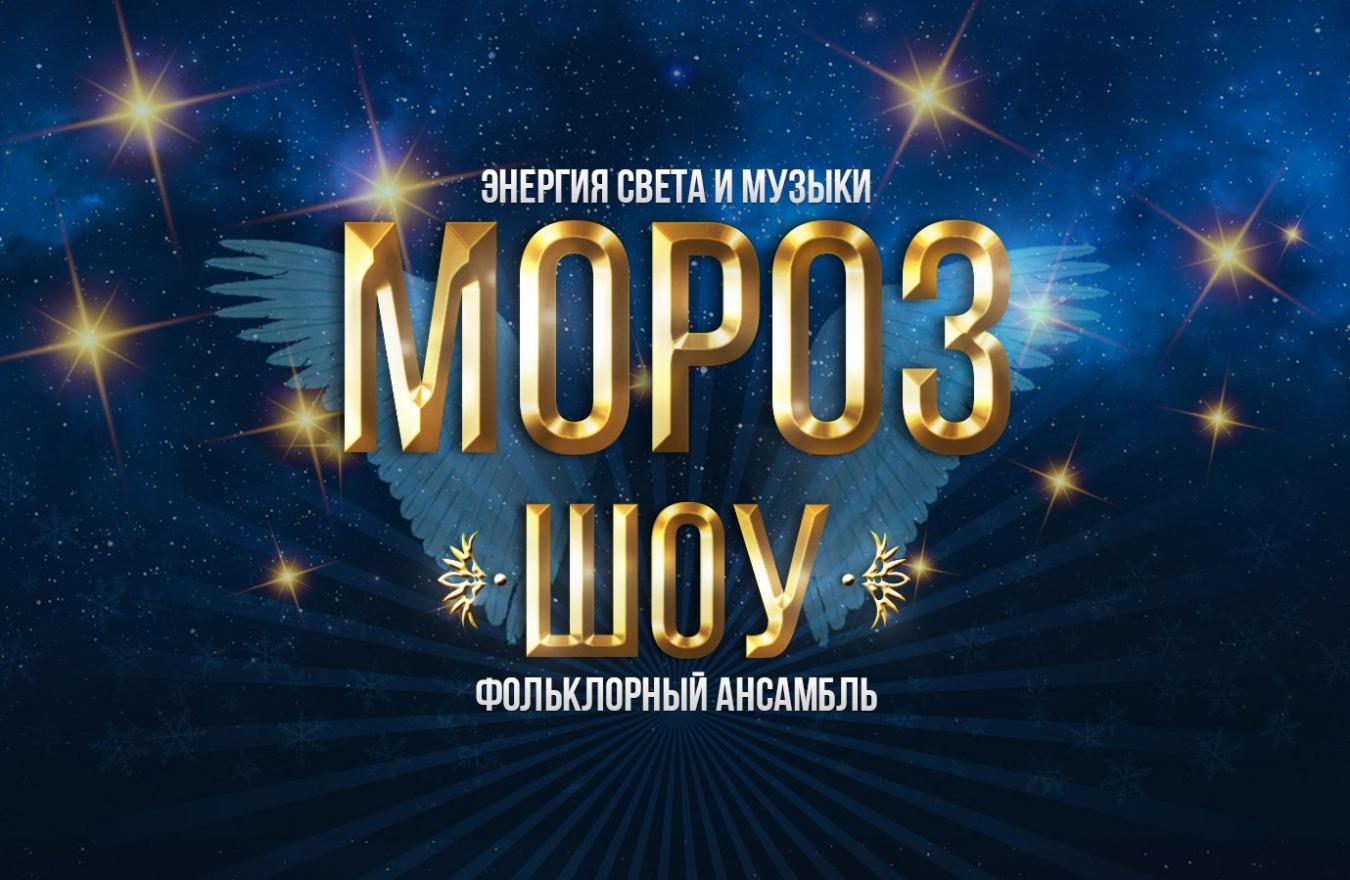 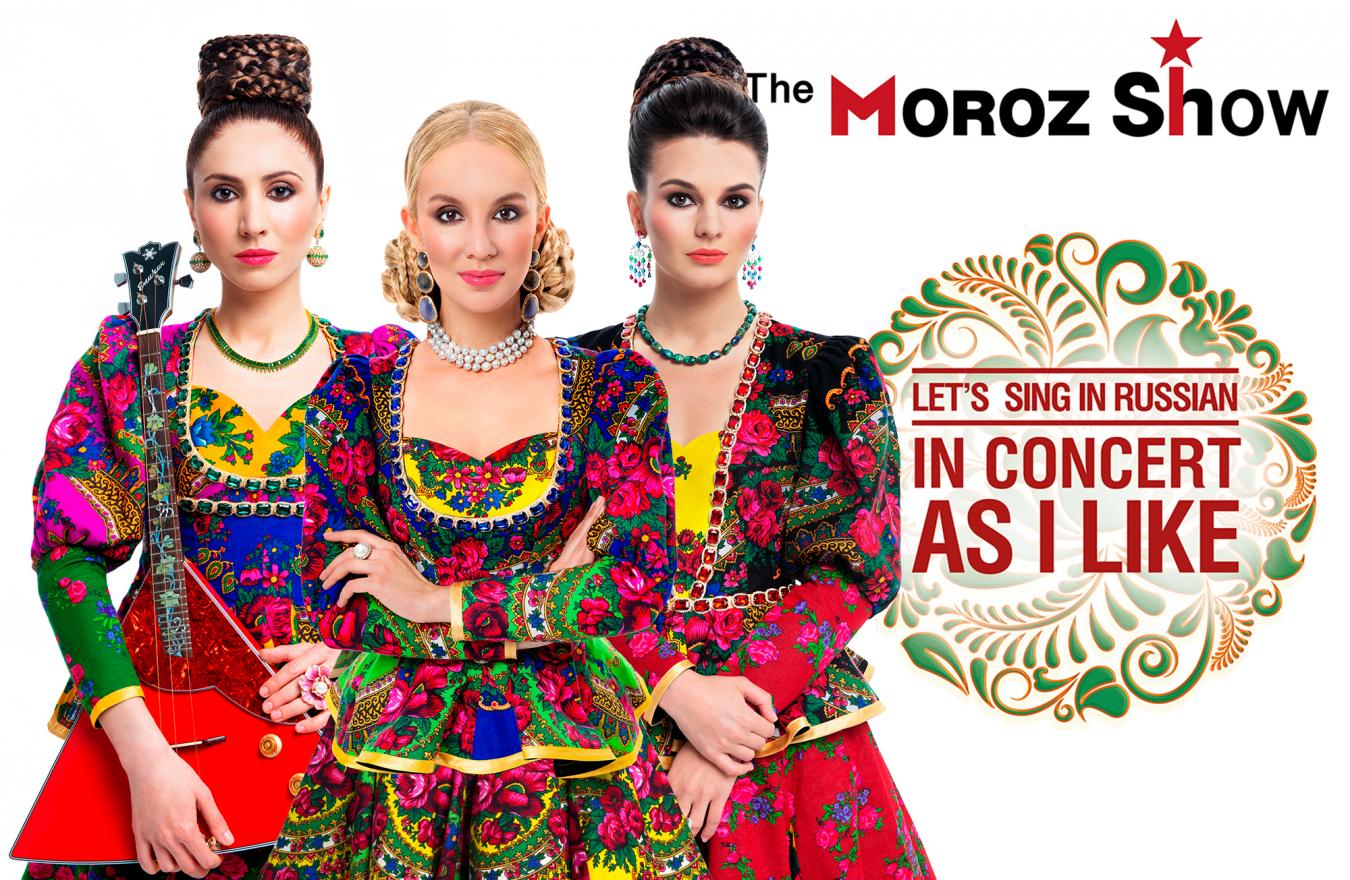 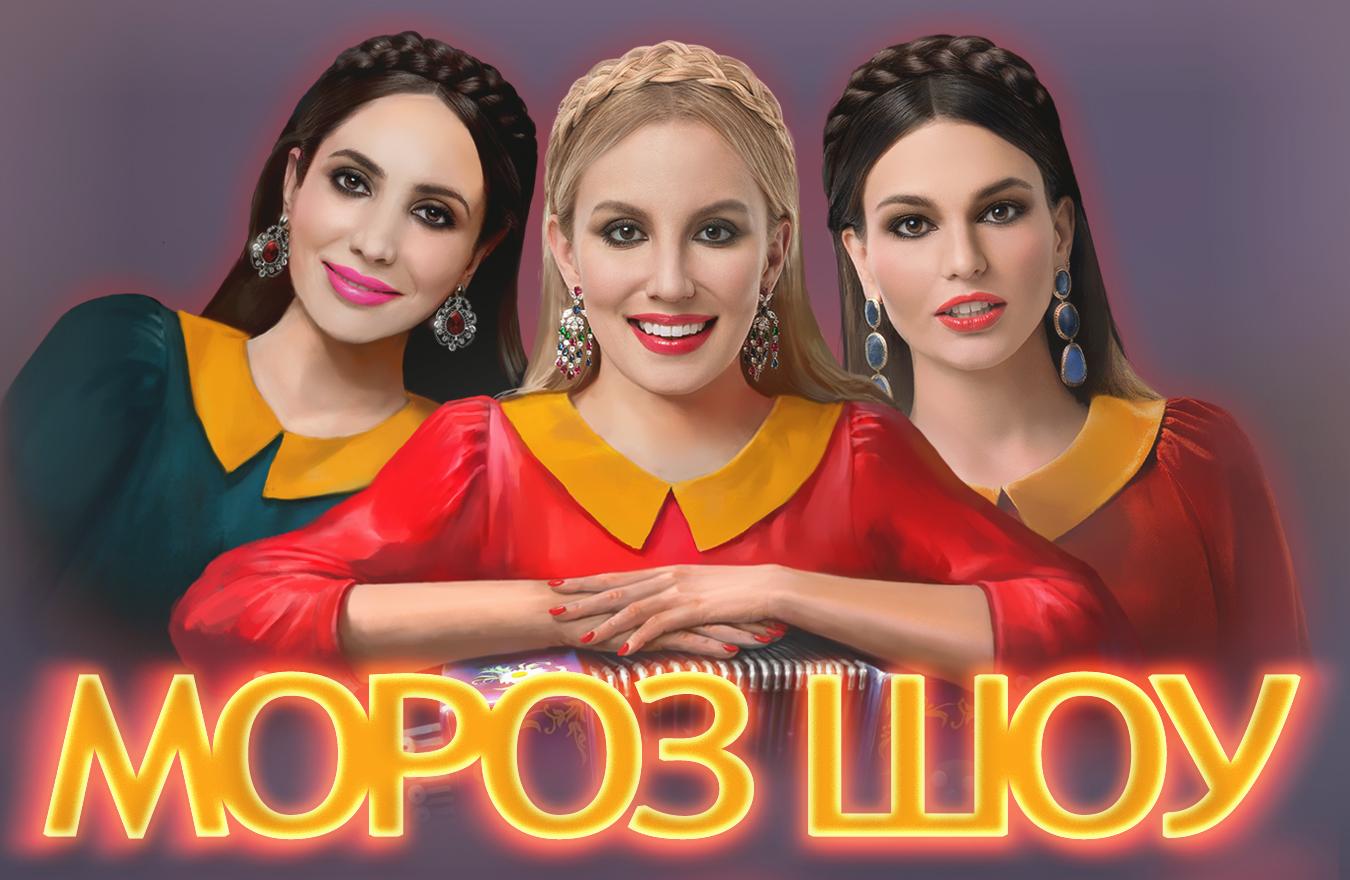 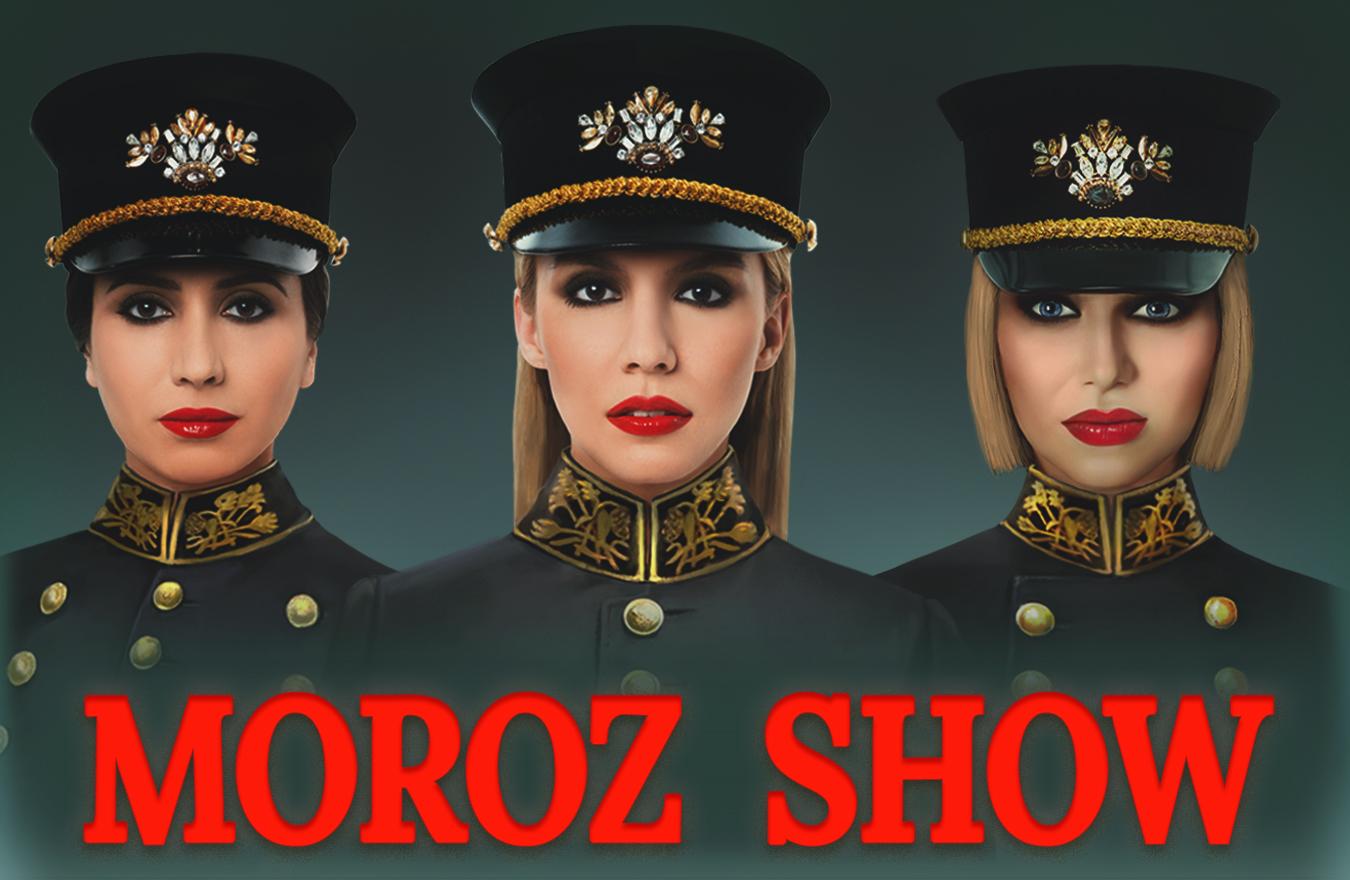 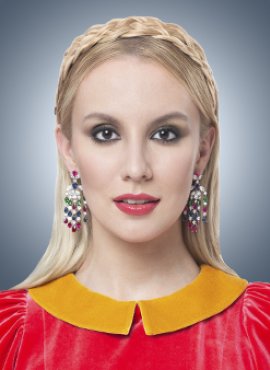 Valeria Knaup is a Russian folk singer.
Representative of an old Russian folk school with a strong creamy soprano, a jewel of genuine Russian folk music.
A third generation Muscovite, Valeria was born on August 4, 1993, in a military family.
At the age of 6, the girl was sent to the music school. At first, that was a reception choreography class. However, exercising her first ballet pas, Lera was hypnotized by the vocal exercises she heard from the room next door. All her heart was there! The little student begged her mother to transfer her to vocal training, and finally she agreed. One year after, 7-year-old Lera entered the folk class, began her Russian folklore studies, at the same time doing a piano course at the music school.
By the age of 10, the girl had made up her mind to become a singer, and began studying to enter a music college. Only by this age of Lera, the teachers, convinced in her singing talent, finally succeeded in persuading her parents, who had been tipping their daughter to become a dancer.
The years of studies brought Lera to victories in dozens of Russian and International contests. At the age of 13, she was awarded with the scholarship of the Government of Russia.
In 2009, sixteen-year-old Lera was admitted to the music college of A.G. Schnittke Moscow State Institute of Music. The girl was truly enchanted with solo folk singing she chose as her major. In 2013, she graduated from the college with honors and a dream to build a career of a singer. Later that year, Lera entered the Pop and Jazz Singing Department of the Institute of Modern Arts. Here she mastered many other music styles, such as jazz, rock, and pop.
In her demands of herself, Lera tends to be a great perfectionist; as a result, she became a brilliant substitute for her vocal teacher when he fell ill. She continued helping when it was necessary, despite the disapproval of her less talented but envious peers.
During the student years, from 2013 to 2017, Valeria was actively looking for her place in the world, trying her talent in various vocal styles. Eagerly participating in establishment of new folk music groups, she also ventured into both jazz and pop music. These experiments played an important role in the singer’s life, helping her understand what her heart had been really longing for. That was folk music. Now the girl knows for sure, that this is the style that will bring her creative identity to blossom.
Year 2017 for Valeria was marked by another diploma with honors, bearing the seal of the Institute of Modern Arts. The next summit was M. Lomonosov Moscow State University Master’s Program the singer got successfully admitted to the same year.
In summer 2019, Valeria Knaup gets her Master’s degree.
Life for Valeria is unthinkable without the stage. She is strongly convinced that interest for Russian folklore all over the world is increasing. With her personal, non-standard preferences, she is a great poetry lover.
The temper and ambitious character of Valeria put her into everyday improvement in both musical and personal spheres. The vector of her objectives never changes since the very childhood of Valeria, bringing her higher, higher and higher. Every piece performed by this singer is remarkable for the outstanding vocal culture and dramatic artistry. 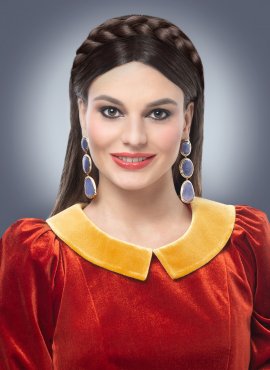 For now, she is capable of playing highly dramatic characters in theatre or musical, and also be one of the brightest  singer of Russian folk. Everything starts from the beginning of her childhood. When Alisa was born in a family full of musicians, mother and father were formed musicians, and already have fully experienced in concert playing, mother’s sister - choirmaster, found that two-years little lady Alisa, have harmonic and intonational hearing. When Alisa was at 3 y.o. mother took her to Orthodox church choir at the Holy Trinity Cathedral. After a few months of working in this choir, Alisa learned recorder, instrument, which help to concentrate all the attention of the audience on her, and provide understanding how to control and keep in mind: voice itself, instrument, vocal intonation and articulation. Repertoire which the choir plays, by thought of Alisa, makes a foundation for love traditional Russian music. In time of playing in this choir, Alisa understood the beauty and spirit of Russian folk music. So, she gave her heart to Russian Folklore. Parents see in her future that she can only play musicals. To provide that, they started preparing her from 3 y.o. When she was 4, she already had lots of triumphs in vocal competitions. Later, in 6 y.o. she started to learn fortepiano. All together, over the 12 years study of musical schools of fortepiano and choir, Alisa continue her way and after graduate her school, she enter to Saint-Petersburg State University of Culture and Arts, where she fall in love with works of next composers: Tchaikovsky, Rachmaninoff, Stravinsky. Also, works of singers Maya Kristalinskaya and Klavdiya Shulzhenko engage her and influence her so much. Life this year was so deep and intense. By finish of study she has an honour degree, talented but also a very responsible goal, so oriented girl want to take a break. She has to stop for a while. Perfectly owed with words(Alisa think, its talent comes from her grandma, which was philologer), she started work on radio on broadcast about music. In the same time, she trained her already perfect voice, working in studio projects. Of course Alisa has offers for big project. She was invited to private theatre in Moscow, to play roles in a very known theatre production: “Little tragedies'', "Something about exactly that, and not only", "A very simple story." So, she moved out and started to work in theatre.

In a capital,  voice and rare timbre of musicians stay noticed. So, in 2019 she play the main role in the world-wide premiere of a fully blind immersive musical, “Light insight”. This work has been done great, so after this musical, Alisa came back to vocal career, and her invite to Moroz Show team.

Now she can’t see life without a scene. Also sure, that nowadays interest for Russian folklore will grow up everywhere on Earth. This singer have unique actors skills and voice timbre. Every song that she plays on, has vocal culture and drama itself. 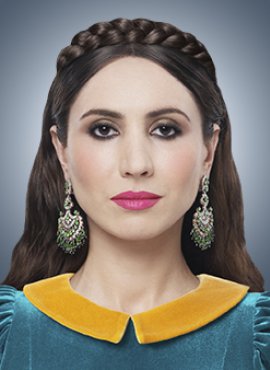 Firangiz Murtuzaeva (singer, multi-instrumentalist, dancer, model) is one of the most charming folk singers of the Northern Caucasus of Avar-Azerbaijani origin. She was born on July 7, 1993, in the capital of Dagestan, the city of Makhachkala.
When Fira was still very little, her parents brought her to a dance class. Dagestan is a multinational region, so the talented girl easily mastered over a dozen of dancing patterns of different ethnicities. Firangiz did not only dance; she also sang in various folk ensembles. At the age of 15 the girl made up her mind to concentrate on music.
In 2009, young Firangiz entered the acoustic guitar class of the Orchestra Department of the College of Culture and Arts. However, just like in dancing, she would not limit herself to one instrument only.
Just in several years of college, the girl got proficient in playing accordion, balalaika and piano! She also played at a folk orchestra.
Firangiz is also perfect at playing agach-kumuz, a folk three-string plucked instrument, which requires plucking all three strings at the same time with extremely quick movement of fingers.
However, Firangiz prefers to devote all her free time to singing. The brilliant instrument playing was helpful for the development of Fira’s vocals.
It brought an amazing result: in 2012, Makhachkala College of Music produced the first professional singer in its history.
Singing contests brought Firangiz numerous victories.
The experienced professors who know rare voices have been tipping Firangiz to become an opera diva. In 2013, following their persistent recommendations, the girl applied to Gasanov Makhachkala College of Music. It took Firangiz a year of hard work on her academic singing skills before she finally came to realize that her heart belonged to pop music.
The longing to master this style and nothing else was so strong, that in 2014 Firangiz interrupted the course and immediately transferred to Pop and Jazz Department of Moscow Institute of Modern Arts. The entire family of the successful girl had to move to Moscow. Though encumbered with controversial feelings, the parents decided to join Firangiz and support her.

The well-shaped, graceful, beautiful girl started getting numerous proposals from the model agencies of Moscow. Accepting one of them, Firangiz came out on the runway as a model. But on the third year of institute, the girl decided to leave modeling to dedicate herself to the art of singing.

In 2018, the girl graduated from the institute with honors. At the same time, she was teaching at the acoustic guitar course, enthusiastically experimenting with various genres and styles of music.

Firangiz Murtazaeva is a harmonious, hard-working and a very ambitious person. She is one of the people who are said to see their goal and know what they want.

MOROZ-SHOW is a unique Russian folklore band, founded in 2012. Initially, the music band consisted of 18 brilliant virtuoso instrumentalists and a vocalist, Mikhail Kotlyarov, who performed Russian folk songs known all over the world, accompanied by genuine Russian instruments: domra, balalaika, harp, seven-string guitar, and accordion. The main theme in the creativity of the performers was keeping the traditions of the Russian folklore performing school, which was always enthusiastically appreciated at the concerts by the grateful public. The band successfully toured in Russia and abroad.

In 2015, the RUSSIAN HEART debut album was recorded, which was highly appraised by famous music critics In mid-2016, Evgeny Morozov, the founder and producer of the band, decided to change the band format and to go beyond classical folk music in order to use the new author's musical repertoire. The emphasis was given exclusively to young performers - a female vocal trio. The trio included three young professional folklore performers: Valeria Knaup, Firangiz Murtuzaeva and Alisa Solovyova, each of which is a vivid musical personality. Thanks to using state-of-the art music technologies, light and multimedia scenery combined with the live performance of ornamental Russian folk, the music has become interesting and more understandable to the modern listener. So, the MOROZ-SHOW project was ranked among the best globally known music brands. The current band's music style is a Russian folk crossover.

The band has become rather interesting for many Russian and foreign listeners, and for the first time MOROZ-SHOW ranks among the best globally known music bands.

The very idea of the band's name lies in its name: Russian frost ("moroz") is a legend, a part of the national culture, rich, strong, wonderful. Under a strong frost, inanimate objects seem to glaze, turn into an ideal reflective surface. Thanks to this, the sounds become clear and loud, ringing. It is the way the MOROZ-SHOW songs sound from the stage, as if to the accompaniment of frost.

For all the band's musicians, the great Russian culture are not just mere words. The musicians take good care of the traditions of the past and with their art keep the unique historical heritage of the Russian people.

Love for Russia, professionalism, spirituality, and ongoing creative search have immortalized the names of outstanding Russian female singers of the 20th century: Lidia Ruslanova, Lyudmila Zykina, and Alla Bayanova, who, through the years, have passed the torch of the Russian folk art to a new generation - MOROZ-SHOW folk band.